Some of you may be saying:  "Isn't he that disgraced evangelist who was discredited in the late 1980's and early 90's?"

So I began watching this new discovery with a little skepticism.

One of the first things I realized about SonLife's 24 hour a day programing...is that the music is AMAZING!!!!

It is uplifting, often uptempo, and has a modern southern gospel-country church-tent revival feel that my ear just loves!

And the musicians are some of the best I've ever seen! 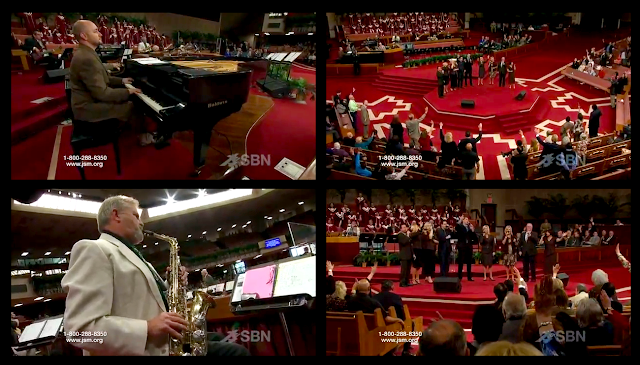 Jimmy is still preaching along with his wife, son, grandson and others.

After watching SonLife for a week or so, one day I was reminded of the scripture:

1 John 2:19 (NIV):  "They went out from us, but they did not really belong to us. For if they had belonged to us, they would have remained with us; but their going showed that none of them belonged to us."


And I thought about this man who is still preaching the Gospel 20 plus years after his public fall...laboring for 2 decades generally out of the larger public spotlight....and I decided this was proof to me of Swaggart's genuine faith!

Born in 1937, Jimmy is now 77 years old and I believe from watching him he and his ministry have been completely restored to God.

Is he or his ministry perfect?  No...as nothing man does is!!  But SonLife declares the true message that Jesus is Lord and the son of God, that God raised him from the dead, and we find salvation through faith in Him alone. 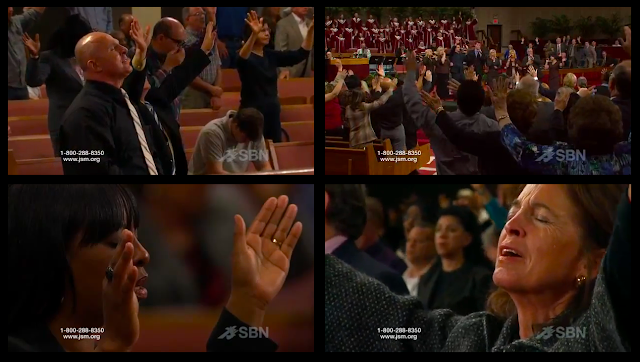 I often leave the TV on when I'm home and turn up the volume a bit so even when I'm in other rooms I can hear Jimmy's anointed musicians praising God!

I'd never heard the song "He Knows My Name" before and love the way Swaggart's Praise team performs it.

Give it a listen...and put any old preconceived notions you have about Jimmy aside...and let the music Bless you!

All Images in this post are screen captures from the video

Thank you for stopping by!