Gospel Music Video: Jimmy Swaggart - What Do Ya Know The Lord Accepted Me 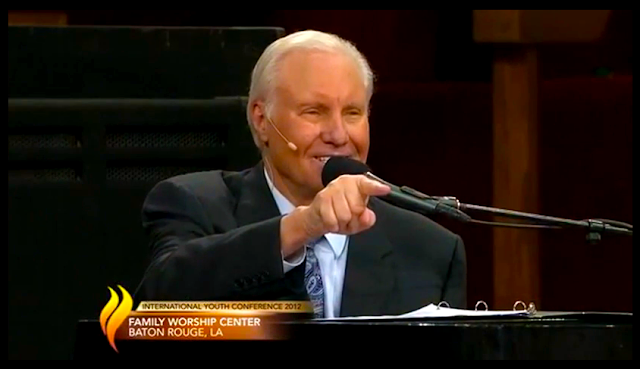 At one time, televangelist Jimmy Swaggart drew huge audiences and was well known for his fiery gospel preaching...through-out the US if not the world.

Then some unfortunate scandals rocked his ministry...and some might say Jimmy compounded them by his subsequent actions...and his ministry disappeared (at least from my radar).

But in the last year his SonLife Network has begun broadcasting across the US.  When I first found it on on Channel 22.3 in Phoenix and saw Jimmy again I immediately thought of the scandals.

And so it appears Jimmy has remained a faithful during many years of exile from popularity (as I wrote above...at least as far as I've been aware of).

Born in 1935, Jimmy is 78 now, and like any one his age his face and body are showing the miles.  And in my opinion, close-ups on him reveal "sadness" burned into his face.

But the "evangelist" in him is still there, tirelessly doing his work for the Lord to this day.

One of the best things in my opinion about his ministry is the music.  It has a great old tent-revival, gospel sound...and his band and singers are some of the best I've seen.

So it might not come as a surprise, if you don't already know, that Jimmy has a musical pedigree and can claim both rock and roll piano legend Jerry Lee Lewis and country musician Mickey Gilley as cousins.

A while back I saw Jimmy performing a gospel song called "What Do Ya Know The Lord Accepted Me"...and recently I was reminded about it and found a version of it on YouTube you'll find below.

The beginning slowly winds up...so if you want to skip ahead to 1:30 or so...that's where the song heats up!

John 3:16 “For God so loved the world, that he gave his only Son, that whoever believes in him should not perish but have eternal life.
Romans 5:8 but God shows his love for us in that while we were still sinners, Christ died for us.


Read more Bible verses about God's love for us here. 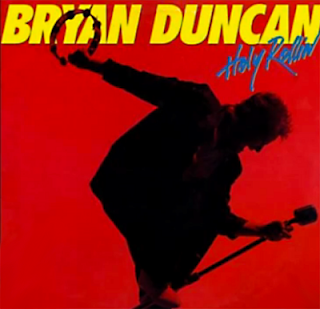 In my last post I shared some beautiful, meditative hymns from Cynthia Clawson.

I first heard about Bryan Duncan when he was a member of the Sweet Comfort Band...a 1970's, early 80's Christian band.  I saw them in concert in 1978 or so...and then saw Bryan as a solo act a few years later.

I liked the band...and I liked Bryan...but when I first heard his song and performance of Holy Rollin' when it was released in 1986...the hairs on my neck stood at attention.  I LOVED it.

I read somewhere that someone had said it was like the music played in his church.  I NEED to find a church that plays this kind of music myself.

You'll find the lyrics below the video which is just music only.  So you can tap your toes and nod your head along to the music...or dance like David before the Lord!


Psalm 64:10  - Let the righteous one rejoice in the Lord and take refuge in him! Let all the upright in heart exult!

Oh, I know the time is comin',
Well, that judgement day is near,
And when I stand before the Lord
I won't have a thing to fear.
Because when I get to Heaven,
They're gonna open Heaven's door,
I'm gonna stand before the Son of God,
We're gonna holy roll some more!

Thanks as always for stopping by!