Can We Trust The Bible?

I have a friend who through the years has drifted further and further away from his faith in Jesus.

We've spent more than one meeting where he expressed his disbelief in the Bible—and his increasingly worldly views.

Today I wrote him an email which I'll share here.

If there are people more Spiritually mature than I am—who would like to correct any of my assertions using scripture to back it up—I'd love to get those comments.

Anyway—here is my complete letter to him beginning with a response to a comment that he made that the Council of Nicaea was the first to Canonize the books of the New Testament:

Thought I’d do a little research:  According to an entry in Wikipedia* (which has not been disputed) there is no record that the Council of Nicaea (325 AD) ever discussed Biblical Canon.

(Is the blasphemous and completely debunked Da Vinci Code where you got that?)

More importantly Peter wrote in 2 Peter 3:16 that Paul’s writings were already considered scripture while he was alive!

Then consider again that these original letters were given to Jewish Christian scribes—who painstakingly copied them down with the same diligence they used for the Torah—and disseminated them throughout the early churches.  They just didn’t spring up as Canon in 325.

Peter calls his own experience PROPHETIC in 2 Peter 1:16-21:

16 For we did not follow cleverly devised stories when we told you about the coming of our Lord Jesus Christ in power, but we were eyewitnesses of his majesty. 17 He received honor and glory from God the Father when the voice came to him from the Majestic Glory, saying, “This is my Son, whom I love; with him I am well pleased.” 18 We ourselves heard this voice that came from heaven when we were with him on the sacred mountain.

19 We also have the prophetic message as something completely reliable, and you will do well to pay attention to it, as to a light shining in a dark place, until the day dawns and the morning star rises in your hearts. 20 Above all, you must understand that no prophecy of Scripture came about by the prophet’s own interpretation of things. 21 For prophecy never had its origin in the human will, but prophets, though human, spoke from God as they were carried along by the Holy Spirit.

Jesus promised that after he was taken into heaven that “the Advocate, the Holy Spirit, whom the Father will send in my name, will teach you everything, and remind you of all that I have said to you.” John 14:26

2 Timothy 3:5 says that there are those who have the appearance of godliness, but deny its power.  And then Timothy adds to avoid such people.  (In another place the Bible says that not everyone who says “Lord, Lord” will be saved—and that God will say to them I NEVER knew you.)

So does a LIVING God sit weakly in heaven—or does he still operate in HOLY POWER in human affairs and our lives?  Does he still inspire men—his prophets—to look after his word?

It’s very important to remember that to be saved we are told that we must confess Jesus as Lord and that God raised him from the dead. When Stephen was stoned he said he saw Jesus standing at the right hand of God. Acts 7:54-56

So do you REALLY believe Jesus is alive?  To be a Christian you MUST!  Does the analogy of a “telephone game” still apply when prophets “moved by a living God” have been entrusted with his words?

(We'd talked about the "telephone game"—where someone whispers a phrase in someone's ear—and it is passed along—whispered to other people.  Usually when it gets to the end it has changed dramatically)

I have two DVDs that talk about the Bible and how it came to be: The Indestructible Word and The Forbidden Book.  Many Godly men since the days of the apostles gave their blood, sweat, and tears—and even their lives—to translate the beautiful scriptures into English.

The Forbidden Book - History Of The English Bible: https://www.youtube.com/watch?v=_f_0gdoFjYg

In the 1300’s for example, Bible translator John Wycliffe was persecuted in his lifetime—even earning a Papal Bull against him.

In the 1500’s William Tyndale was persecuted for translating the Bible from Latin into English. He was eventually strangled to death at the stake and his body was burned for it.

Many others were persecuted, imprisoned, tortured, and burned alive trying to give us the Bible in English.  http://www.historyextra.com/article/feature/murderous-history-bible-translations

In fact, people translating the Bible into other languages still are!  http://www.christianitytoday.com/ct/2016/march-web-only/why-four-bible-translators-martyred-middle-east-wycliffe-wa.html

This is nothing new as Jesus’ 12 apostles were all (except for John) put to death as well.  http://www.christianity.com/church/church-history/timeline/1-300/whatever-happened-to-the-twelve-apostles-11629558.html

The Bible is filled with scripture that talks about how God’s prophets are persecuted and killed for speaking the truth to the world.

So it comes down to what YOU believe.  Jesus said his sheep know His voice.  Can you hear HIM?

I know—like most of us do—you fill your mind every day with the worlds entertainment, movies, games, TV etc.  But embedded in all of that—is a message from the ENEMY—and COMPLETELY counter to Jesus’.

The Bible says, “Do not be conformed to this world but be transformed by the renewing of your mind.”

"The only way to replace the error of the world’s way of thinking is to replace it with God’s truth, and the only infallible source of God’s truth is His revealed Word, the Bible."

This is why it is so very dangerous to doubt the Bible because only through it can we reprogram our minds and lives—and make sure we stay on the narrow way—when the world under the power of its god Satan—is trying it’s best to undermine our faith.

It is up to you of course to believe what you believe—and it is up to you to renew your own mind.  I can only try to share the truth with you and pray the Holy Spirit works in your heart.

16 “All this I have told you so that you will not fall away. 2 They will put you out of the synagogue; in fact, the time is coming when anyone who kills you will think they are offering a service to God. 3 They will do such things because they have not known the Father or me. 4 I have told you this, so that when their time comes you will remember that I warned you about them.

I did not tell you this from the beginning because I was with you, 5 but now I am going to him who sent me. None of you asks me, ‘Where are you going?’ 6 Rather, you are filled with grief because I have said these things. 7 But very truly I tell you, it is for your good that I am going away. Unless I go away, the Advocate will not come to you; but if I go, I will send him to you. 8 When he comes, he will prove the world to be in the wrong about sin and righteousness and judgment: 9 about sin, because people do not believe in me; 10 about righteousness, because I am going to the Father, where you can see me no longer; 11 and about judgment, because the prince of this world now stands condemned.

I’m not perfect and still struggle with many things and am hoping for the day when I will be set free from some of the ones that trouble me the most—and many other faults I’m sure God wants to deal with in my life.

But I believe in a risen Jesus—and that the Bible is His WORD—and we are to study it.

This includes understanding who translated the various versions—what their motives were—what original “scripture” they used for their translations and so on.  All of this is more readily available to us through the internet than any time in history.

Yes—it requires some effort on our part—while the “broad way” which leads to destruction requires nothing but sitting back for the ride. 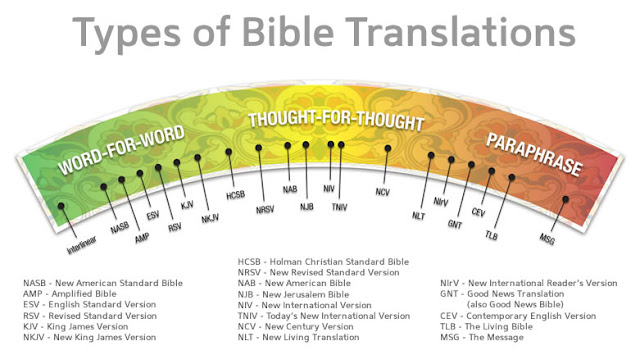 Email ThisBlogThis!Share to TwitterShare to FacebookShare to Pinterest
Labels: Bible Canon, Can We Trust The Bible, Christian, Christianity, Council of Nicaea, God is LOVE, Jesus Is Lord, Scripture, the Da Vinci Code