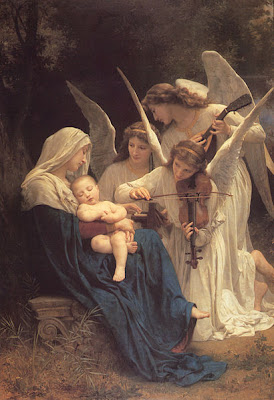 At that time it was often dominated by traditional "church" music (choirs and organs, and solemn and staid)...and anything that even hinted at rock and roll was often characterized as the "devil's" music.

That began to change at that time and a Christian band called Love Song was one of the pioneers of that era.


Headed by Chuck Girard...their music sounds so soft and gentle now...that it's hard to believe that they were considered radial by some Christians of that time.

It's a simple song...one that he almost didn't finish except at his wife's urging...but the melody and lyrics seem to transcend era and style.


Here is a lovely video version of it found on YouTube:

10 All your works praise you, Lord;
your faithful people extol you.
11 They tell of the glory of your kingdom
and speak of your might,
12 so that all people may know of your mighty acts
and the glorious splendor of your kingdom.
13 Your kingdom is an everlasting kingdom,
and your dominion endures through all generations.

The Lord is trustworthy in all he promises
and faithful in all he does.
14 The Lord upholds all who fall
and lifts up all who are bowed down.
15 The eyes of all look to you,
and you give them their food at the proper time.
16 You open your hand
and satisfy the desires of every living thing.